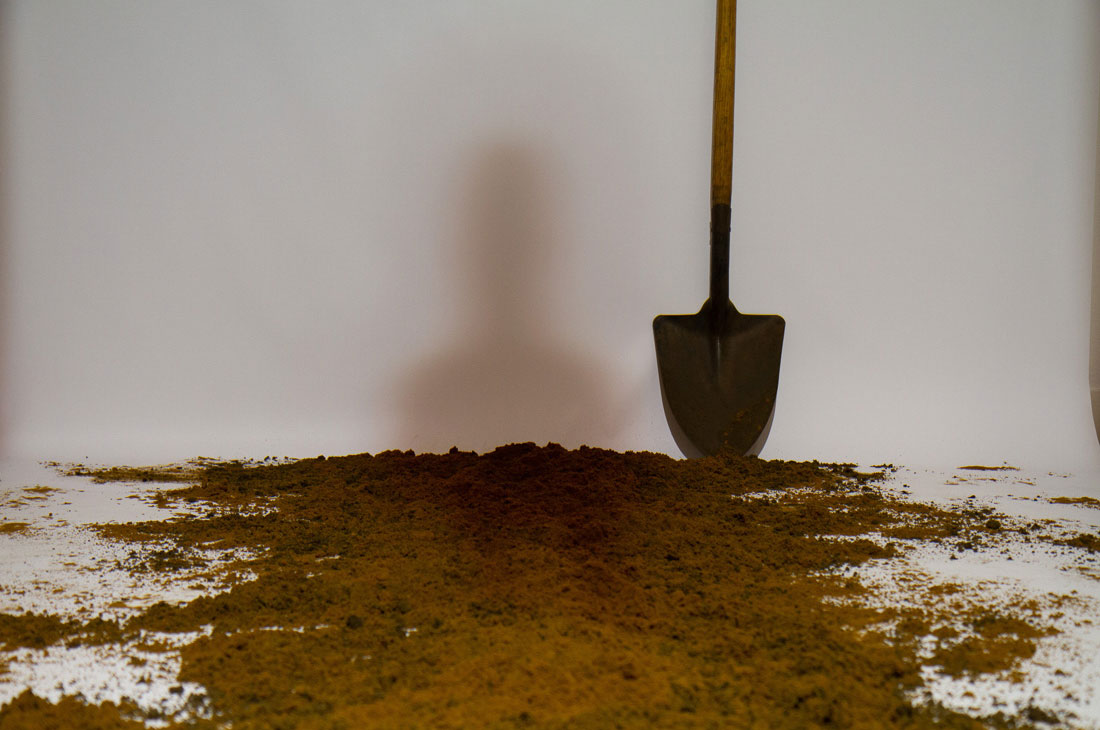 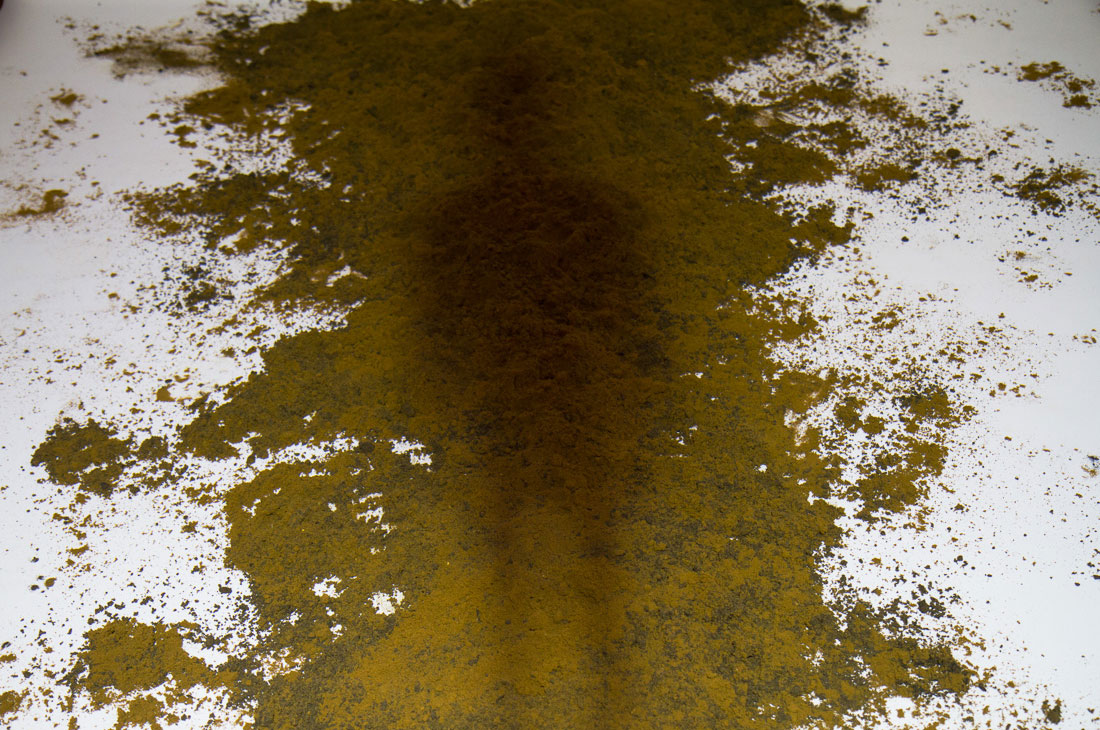 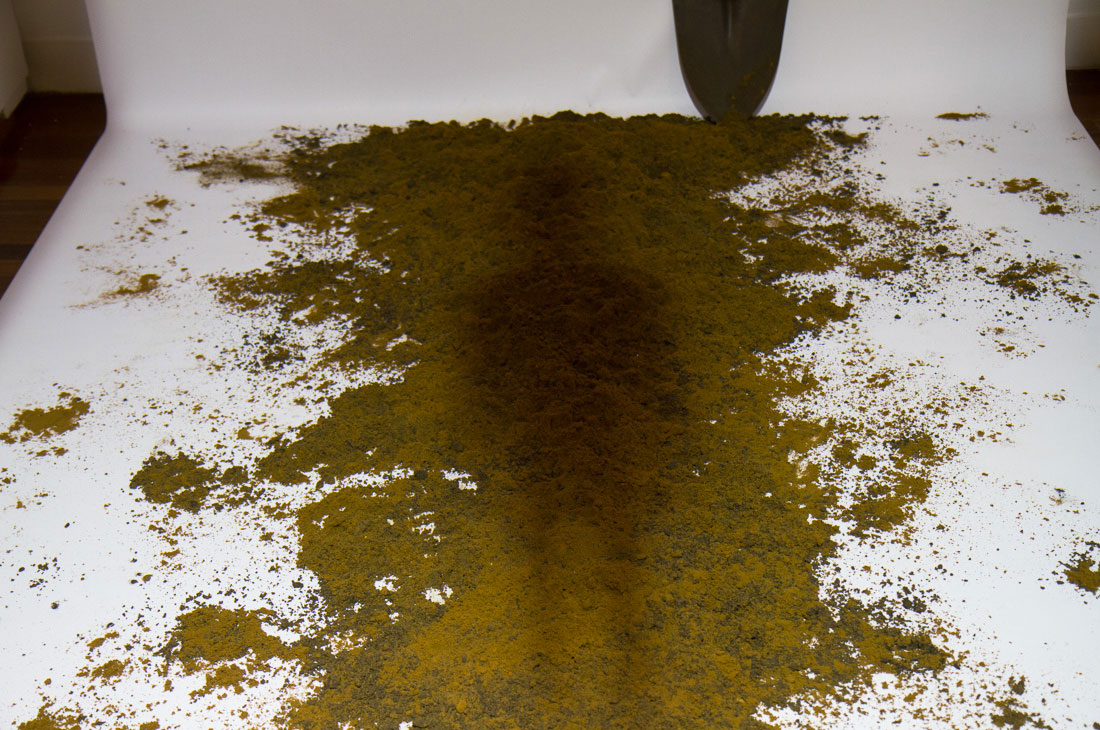 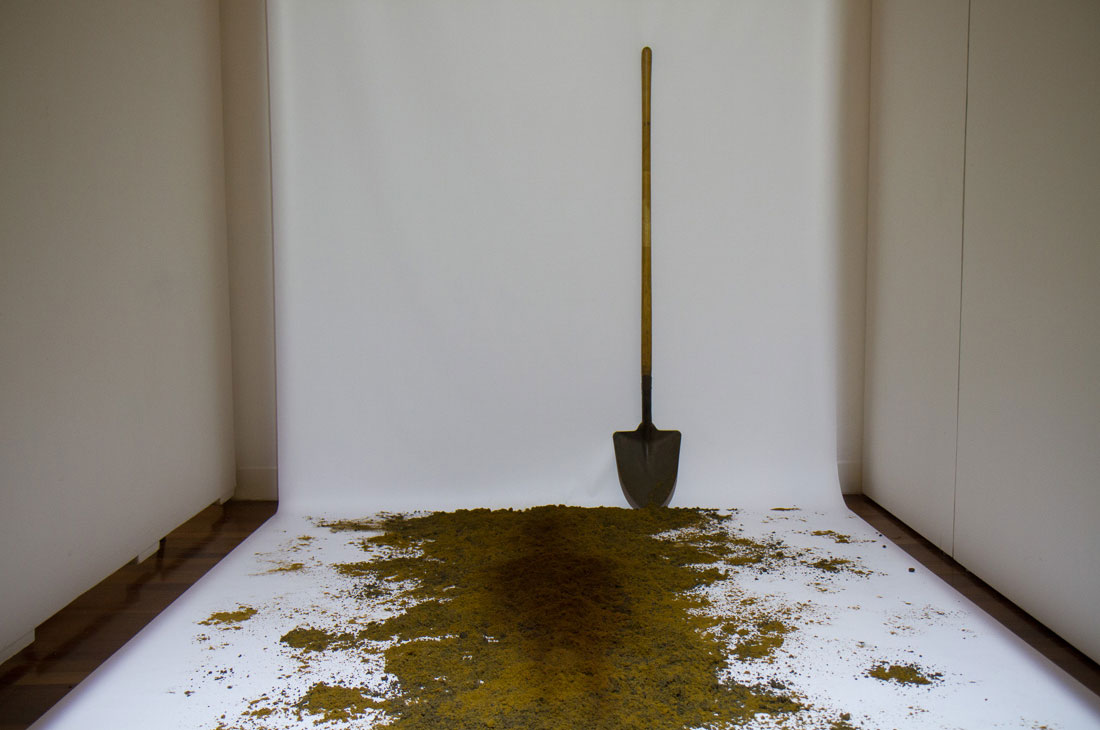 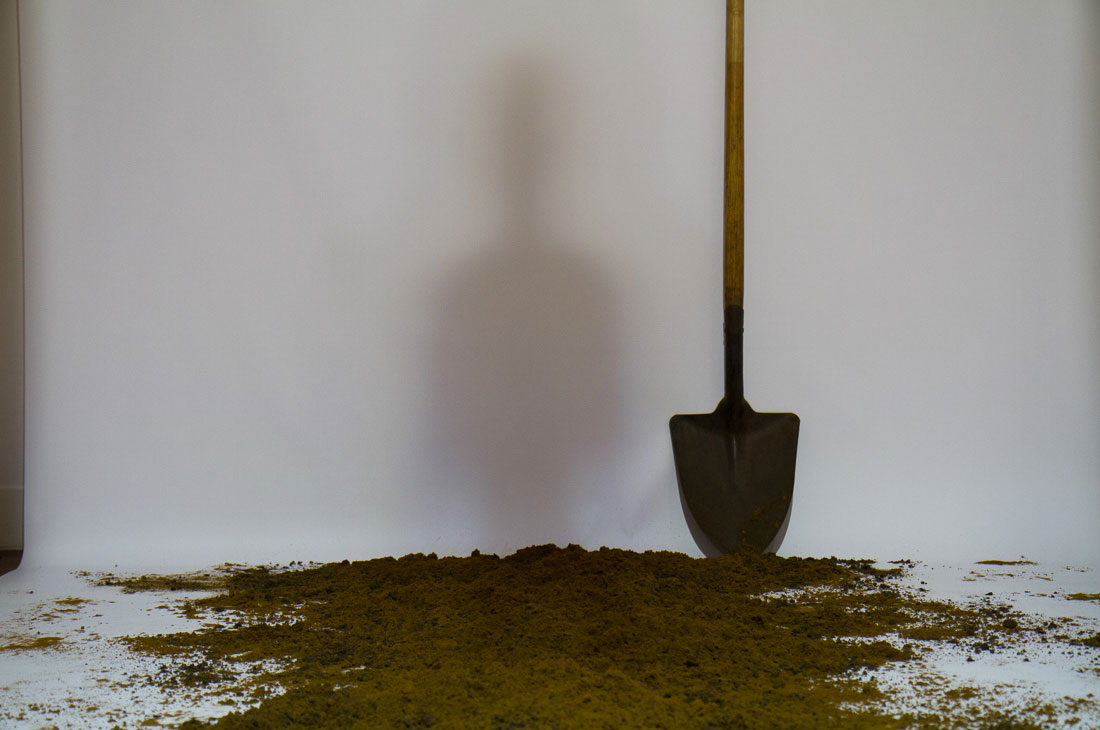 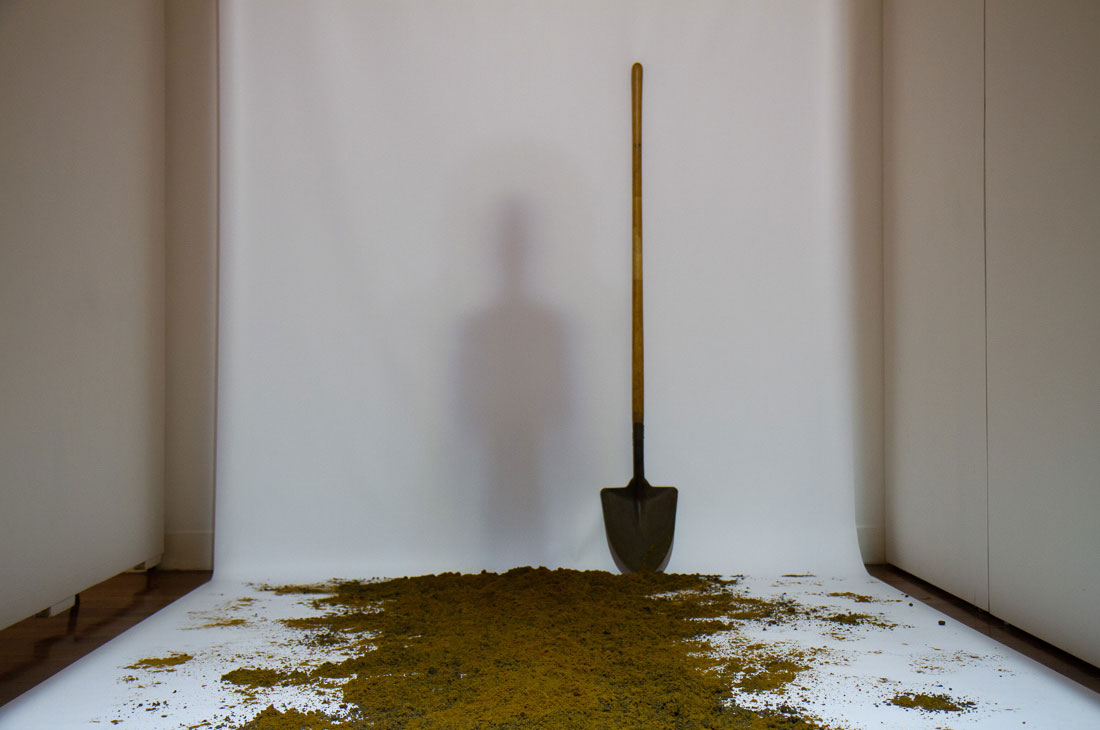 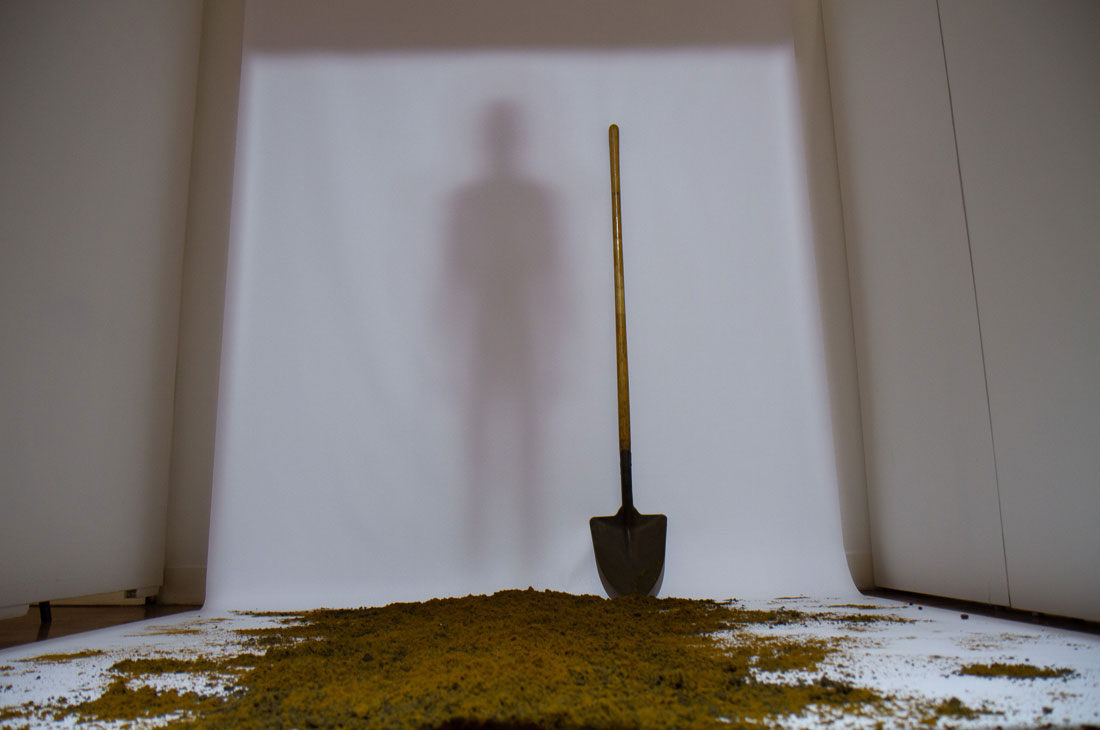 A sound installation that journeys from the years preceding the Khmer Rouge regime until after the Vietnamese occupation, Shadowland is a combination of sampled sounds from archived news footage, documentaries, interviews and propaganda films. The work begins with a silhouetted figure projected on the wall. As the score progresses, the shadow moves slowly to the soil scattered on the floor, rests and then returns.

A small number of Cambodia’s sacred shadow puppets were buried underground to save them from destruction during the Khmer Rouge regime. Years later, the puppets were unearthed and restored; shadow theatre has gradually been revitalised thanks to the few surviving artists. Shadowland reflects on the strength of human spirit in the face of such terrible adversity. It explores the significance of the Cambodian land in terms of oppression, war, genocide, nationalism, communism, capitalism and hope. Mixed media installation – single channel of sound looping, soil, sand, shovel, projection (running time of each cycle 9.25 minutes).

A multi-award winning artist who works in a variety of media including sound, drawings, mapping, video and material objects in site specific and site related projects that range significantly in scale.